Fosseway ran out 3,5 to 1.5 winners over Isle of Wedmore.  Fosseway started well with Ben Josham & Chris Cozen winning 3 & 2.  In the second match Isle of Wedmore levelled the game by beating the pairing of Gary Wilcox & Stephen Josham.
The third game the unbeaten pairing throughout the cup run of Malc Emery & Dave (Beef) Wellington triumphed 6 & 5.

With John Fuller & Roger Parfitt level in the last game, it was down to the fourth game of Dave Josham & Lee Britten.  In a very tight match Lee Britten drained a 20 foot putt on the 17th hole to win the game 2 & 1.

In this years run Fosseway defeated Mendip Spring, Bath, Oak Manor and Cricket St Thomas.  Paul Rose & Kev Gill where the other playing members which helped the team get all the way to the Final. 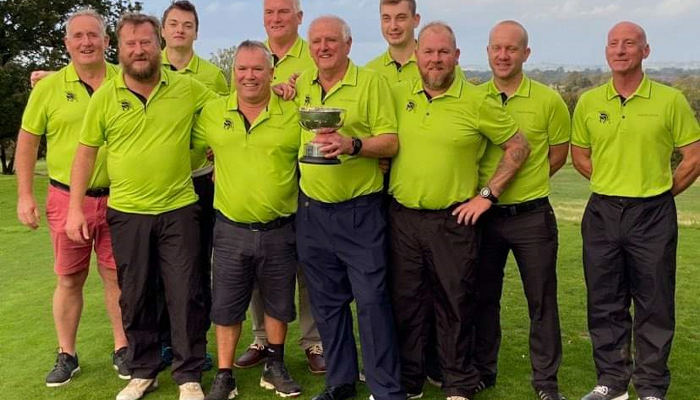